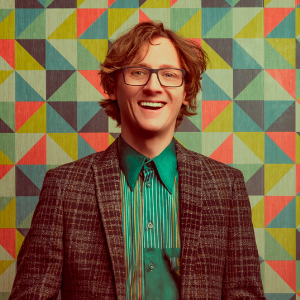 One of the UK’s finest observational comics finally continues his nationwide, biggest tour to date as he gets back on the road this year. Join him in Fleetwood as he takes a long hard look at himself and tries to decide if he has ANY traits that are worth passing on to his children…

During his 20 years in comedy, Ed has enjoyed huge critical and popular success, performed hit tours, sold out countless runs at the Edinburgh Fringe, had a successful two-week run in the West End and regularly appeared on radio, the stage and the big screen as well as TV and now he is coming to Fleetwood!

A TV household name, Ed has been seen on pretty much every TV programme in the UK including Mock The Week, Top Gear, Have I Got News For You, The Graham Norton Show, Live At The Apollo (Host), The One Show, The World’s Most Dangerous Roads, Dara & Ed’s Big Adventure, Dara and Ed’s Road to Mandalay and most recently QI and The Pilgrimage.

Or visit the Box Office at Marine Hall Monday to Friday between 10am and 3pm.

✭✭✭✭✭ “A one-hour tour de force performance from the master comedian” BROADWAYBABY
✭✭✭✭✭ “Hysterical…..a must see show. My face hurts from laughing so much!” The Student Newspaper
✭✭✭✭✭“The hour is self-deprecating, never self-indulgent, and his packed audience are well entertained” SUNDAY EXPRESS
✭✭✭✭✭ “Expert stand up from the brilliant Ed Byrne” FRINGE BISCUIT
✭✭✭✭ “Thoroughly entertaining… he is a total pro and terrific company” THE TIMES
✭✭✭✭ “There is a reason why he has become a household name” ED FEST MAG